The osteopath Florian Ziegler, Munich, explains on a skeleton the  birth mechanism and the effect of the supine position on the course of parturition.

Cartoons animated by Aedan Jenner, Plymouth, Great Britain, and his Team demonstrate in a funny way the hospitals

daily routine with women in labour.

visualizes the anatomie, the proportions and the course of parturition in the different stages.

„The Safe Birth – Do we need Midwives?“ is a documentary about what makes birth safer and healthier. It shows the impact of routine medical interventions on the mother-child bond. It shows that the Caesarian is not a safe alternative to vaginal birth, considering the risk of chronic diseases: neurodermatitis, diabetes juveniles, coeliac disease, asthma, mental disorders,.In addition these consequences will affect national economies in the long term. The film will show in the experts’ opinions that the one-to-one personal attention by a midwife throughout both the pregnancy and birth is what a woman needs to have a healthy birth.

The film is about responsibility. Responsibility of mothers to make a choice concerning the location and method of their birth. The responsibility of clinics and their staff to be aware of the needs of an expectant mother. And the responsibility of a society to care how it´s children are born. Even just looking at different European countries reveals huge differences in attitudes to birth. There are various causes for the increasing number of caesarians in some European Countries; in the US and Brazil it is already high and growing. In one country the clinics make profit and present it as a safe alternative, in another country it is about „saving the love-channel“, and in a third country it is a symbol of wealth to be able to afford a caesarian. To accommodate the different cultural influences on birth regarding the US or South Amerika parts of the European version of the film will be exchanged with interviews filmed in the US and in South America/ Brasil.

The film will reveal solutions.

The film will illustrate the importance of a person’s knoeledge about the biolocical functions.

The film will be produced independently so it can show the facts without influence or bias and the film can be sold immediately via DVD, Blu-Ray and Video on Demand. This immediate distribution is very necessary to get the information as soon as possible to the citizen.

A crowdfunding on startnext has financed the project with 40%.

Donations and Sponsoring financed the other 40%.

The rest is financed by providing the work. 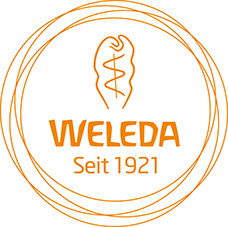 With the kind support of: